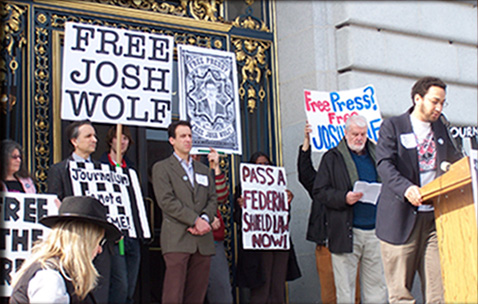 In a world where traditional and new media are increasingly colliding, the question inevitably arises: "What is the definition, role, and responsibility of a journalist?"

Days after posting on his blog his video of a San Francisco protest, Josh Wolf received a surprise visit that would land him not only in the center of a national first amendment debate, but in a federal penitentiary for a record-breaking seven and a half months...